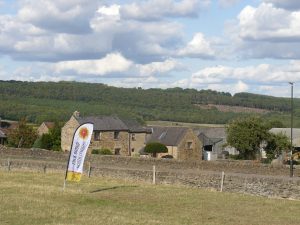 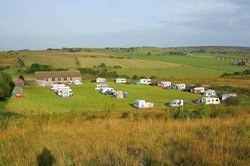 As the name suggests, Seagrave is close to the sea with the nearest beach being Hunstanton, just 92 miles away. If you feel that is too far for an ice-cream you could try Melton Mowbray for a pork pie or a trip to Loughborough to see England’s only free standing carillon if that rings any bells. Leicester is half an hour away and you can visit the National Space Centre, an out of this world experience.  Seagrave is a pretty little village with a pub and a bus service. Always a popular meet with a folk festival in village which some of our members join in with.  Hall available all weekend for crafts etc. 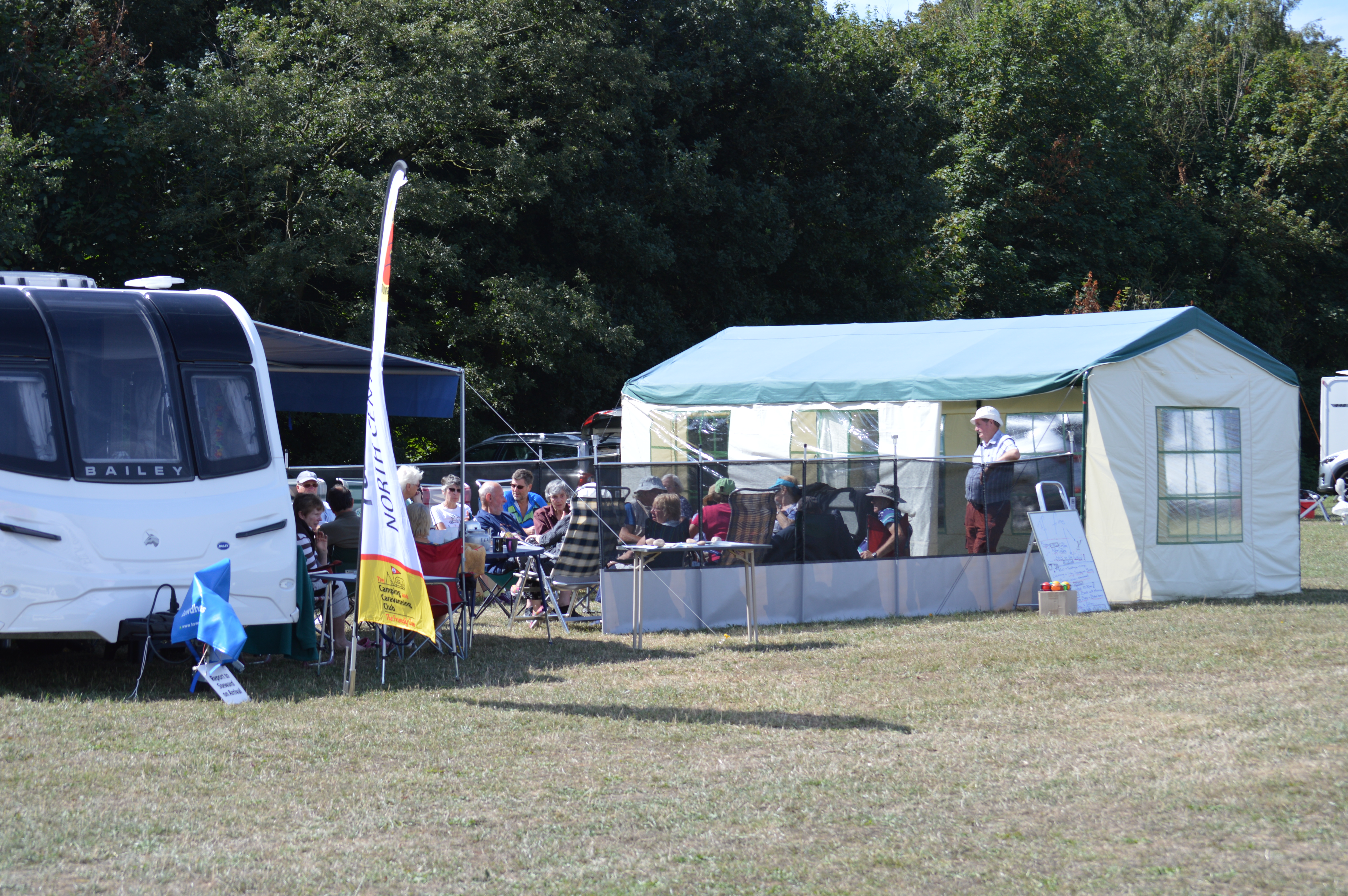 This lovely site is in Thoresby Park.  The site is ideally located for visits to Sherwood Forest and Clumber Park.  The hall is a short walk away.

Directions:  From Nottingham take A614; at Ollerton roundaboat continue on A614 (Blyth rd)  in 2 miles turn left at Thoresby roundabout onto Netherfield Lane, site on left. Camping in Thoresby Park, hall about ½ mile away in Perlethorpe

If you like walking and climbing this is for you. Just a few miles from Macclesfield and Leek it is renowned for its many outcrops and ridges. The area is known as the Roaches, taken from the French word for rocks, so you’ve some idea of what is hereabouts. Keep your eyes peeled for an animal you may not expect; the Wallaby. In the 1930 a private zoo flourished in Roaches Hall, but during the war the animals were released due to a shortage of food. (Perhaps the owner feared them becoming food). Incredibly the last sighting was in August 2011. Take your camera with you  The Wincle brewery is close by and they offer free samples! Another very popular meet attracting some great talent.  Hall is available throughout for crafts etc.
Directions:  Try using the co-ordinates if you have a sat nav as they are the most accurate.

You might wonder where this place is but the KGB knows. In 1980, just before the Moscow Olympics, Russia claimed that we were training spies at the Ukrainian centre who would infiltrate the USSR disguised at athletes. No wonder we seldom win; we should have sent real runners. During WW2 the camp was visited by Vera Lynn and Glen Miller, and now it’s your turn.
Weston Hall was started in 1642 but never finished, as can be seen by the bricked up doors half way up the walls. However it was good enough for the Roundheads who garrisoned it in the civil war, and some are still there buried in the churchyard after the battle at nearby Kings Mill. 1770 saw the building of Weston Lock enabling goods to be transferred from the canal to the Trent and you can still see the warehouse buildings. But if you really want to see canal history you must visit the Shardlow Wharf Conservation Area, at nearby Shardlow, a place created entirely by the canal meeting the Trent, a river port, and like most ports it’s full of pubs, seven at the last count.
Railways killed canals, but not at Weston because someone built one right through the middle in 1873. The sidings created lots of jobs and housing was erected for the workers. Unfortunately sparks from the engines burned down other houses; thatched ones.
Up the road is East Midlands Airport (thereby completing the trains and boats and planes theme) and Donnington race track, which houses the brilliant Wheatcroft Collection of racing cars. Visit Calke Abbey (NT) to see a countryhouse which was totally neglected through lack of funds and has been kept as a house in decline. See Ashby De La Zouch with its ruined castle. 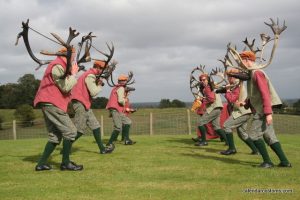 We are pleased that we have been invited to return to Little Dunstal Farm (our original site) to join the Froggatt family for the celebrations/garden party with dancing on the lawn.  The Horn Dancers will visit and dance at the farm on Monday. (Photograph with kind permission from www.calendarcustoms.com) 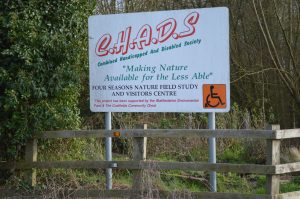 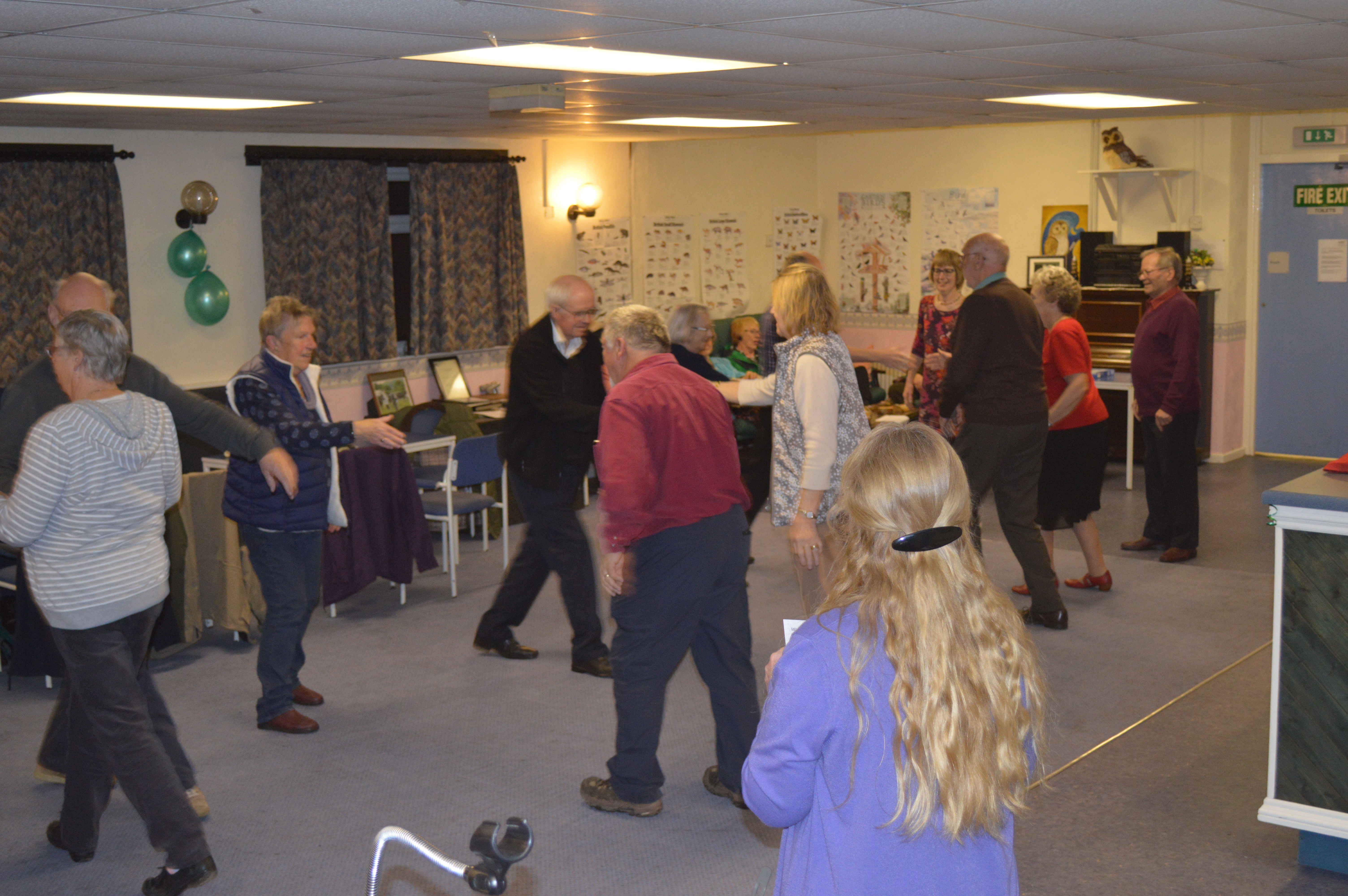 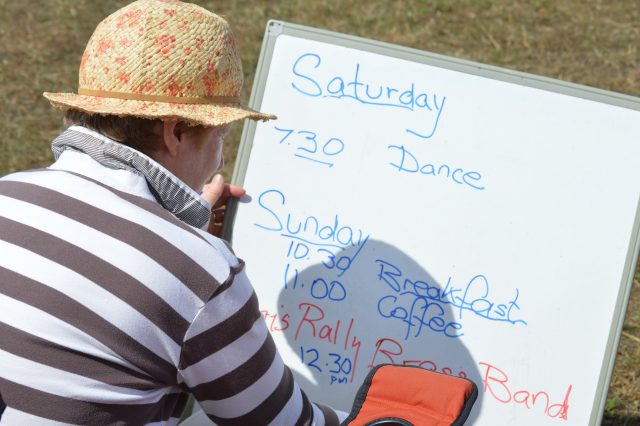 Powered by WordPress  |  Rethink by InkThemes.